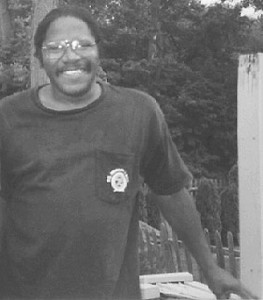 We are a citywide, multiracial, bilingual organization and our constituency includes homeless people living in shelters as well as those living on the streets and in other public places. We serve a broad population of people because homelessness cuts across all boundaries: race, ethnicity, culture, gender, family composition, age, sexual orientation, language, etc., but what all homeless people have in common as a community is extreme poverty and social stigmatization. The vast majority of people in the NYC shelter system are Black and Latino/a, and many of them are women and children.

There are currently nearly 60,000 people in the New York City shelter system, including over 9,000 families with over 18,000 children. These numbers do not include street-dwelling homeless people, or the hundreds of families waiting for placement in a shelter, or the estimated 280,000 doubled-up households throughout the city. Our outreach targets individuals from within the shelter system, as well as those who are unable/unwilling to live within it.

We were founded by two homeless men in the Fall of 1999, Anthony Williams and Lewis Haggins, Jr. The catalyst for our founding was an urgent need to respond to the Giuliani administration’s policy of criminalizing homeless people, broadly supported by the media. Our co-founders knew that nothing would change until homeless people became an organized, effective voice for social change.  The full story of our founding and our early history is here.

Picture the Homeless was founded on the principle that homeless people have civil and human rights regardless of our race, creed, color, gender  identity, sexual orientation, or economic, disability, or migration status. Picture the Homeless was founded and is led by homeless people. We refuse to accept being neglected and we demand that our voices and experience are heard at all levels of decision-making that impact us.

We oppose the quality of life laws that criminalize homeless people in any form by the city, state and national governments. We work to change these laws and policies as well as to challenge the root causes of homelessness. Our strategies include grassroots organizing, direct action, and educating homeless people about their rights, public education, changing media stereotypes, and building relationships with allies. 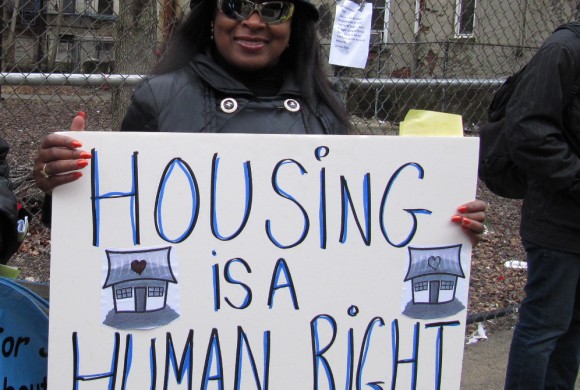 Perspectives of our Members

I am presently housed in one of the city’s shelters in Jamaica Queens. It hurts when I walk through the neighborhood seeing all of these abandoned houses boarded up while there are so many people without homes. Legislation empowering the city to conduct an annual count of vacant buildings and lots will help us fight to turn these unused properties into proper housing.

Half of what the city’s paying for me to be in a shelter could be spent on a two-bedroom apartment for me and my family. Shelters are horrible. You share the bathroom, there’s no cooking, and conditions are unsafe. If you think homeless people are living it up in the shelters, you can take my spot there.

The government and banks have failed miserably to solve the housing crisis. Homeless people know what the problems are, and we have ideas for the solutions. Since the Powers That Be won’t listen, the time is now for people to take action.

At a time when homelessness has reached record proportions, being homeless has been politicized and criminalized by this New York City Police Department, while the mainstream press has demonized these homeless New Yorkers. As a result, in every venue where law enforcement agents and the homeless interact it becomes a potential powder keg, and breeds potential police brutality. This behavior makes all of us less free, and amounts to a blatant form of domestic terrorism.