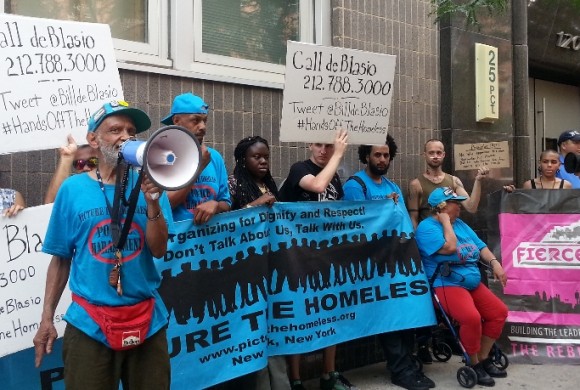 Harlem, NY. – Over a hundred homeless people and their allies rallied on 125th Street today, demanding an end to rampant violations of the rights of homeless people by the NYPD under Mayor de Blasio.

“We crashed the mayor’s phone line,” said Al, a member of Picture the Homeless who helped organize the protest. “At one point everyone at the rally got out our cell phones and started calling, telling them “HANDS OFF THE HOMELESS,” and pretty soon we were all getting busy signals. And when we did get through, they were not happy to be hearing from us. De Blasio and his NYPD will be held accountable for their acts of brutality and their patterns of rights violations.” 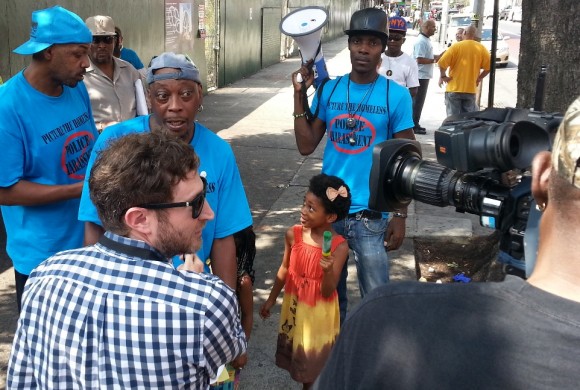 125th Street has been the epicenter for abusive policing, with aggressive “sweeps” of homeless people happening up to three times a day, and cops telling homeless people they’re acting under an “edict” from the Mayor. Similar NYPD “crackdowns” are happening all over the city – the Daily News reports that 80 sites are scheduled for aggressive police “clean up.” Media reports call them “encampments,” although no structures have been documented – they’re simply places where homeless people congregate.

After a press conference on 125th Street, outside of a vacant city-owned lot that could be developed into housing, the crowd marched to the 25th Precinct of the NYPD to demand an end to their unconstitutional behavior.

“The mayor needs to know we’re coming back,” said PTH board member Rachel Brumfield. “We’re going to do more protests like this. We’re talking to lawyers, looking into possible legal action. We’re going to keep up the pressure until de Blasio does the right thing.”
##

FOR INTERVIEWS WITH HOMELESS ACTIVISTS WHO HELPED ORGANIZE THE PROTEST, CALL 646-314-6423 AND ASK FOR NIKITA OR SAM.

Big thanks to the excellent ally organizations who came out to support our action today: 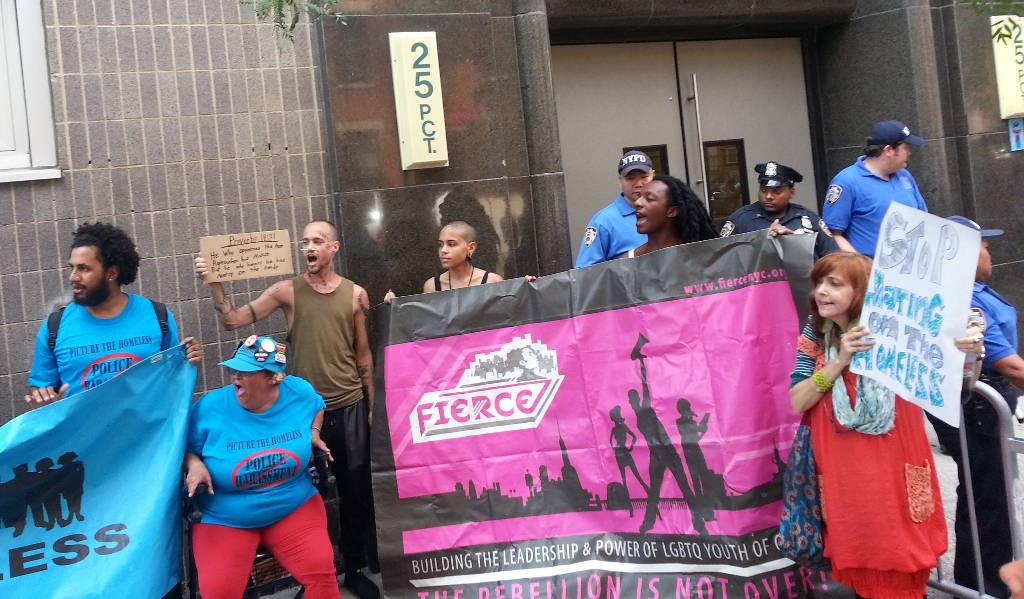