New York City is at a breaking point. New Yorkers are losing rent-regulated units to the shelter system; the Mayor’s affordable housing programs barely mention housing for homeless and extremely-low-income folks; shelters are bursting at their seams; and the police arbitrarily harass homeless folks on the street. It is clear that the City has no comprehensive plan to address this housing crisis. 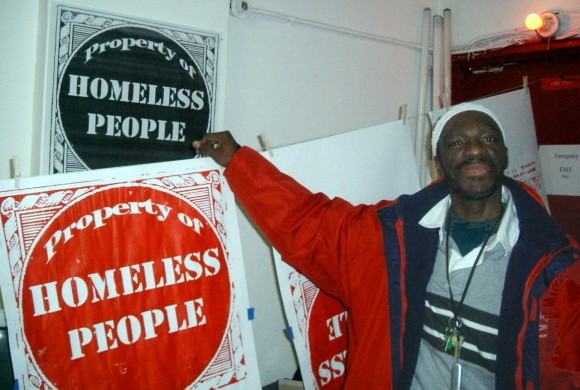 The Gaining Ground Pilot Project is that plan. Created by homeless people and nonprofit housing developers, Gaining Ground lays out a framework to preserve and build permanently affordable housing for those with the lowest incomes in New York City using creative models of community controlled land and housing while phasing out wasteful and dangerous shelters.

The Gaining Ground Pilot Project will utilize various city resources, including city tax levy funds and DHS funding, to develop and preserve permanently affordable and high-quality housing for individuals and families who are currently homeless or at-risk of homelessness. In so doing, the Project will build a replicable model through which the city could effectively create and preserve thousands of units of housing by re-investing shelter resources on a wider scale, ensuring affordability to residents of extremely low income, who currently make up over ⅕ of the population of the city, and nearly the entire population of the DHS shelter system.

Homeless people are taking legal action against the NYPD. We need you.Join us for our homeless memorial service!