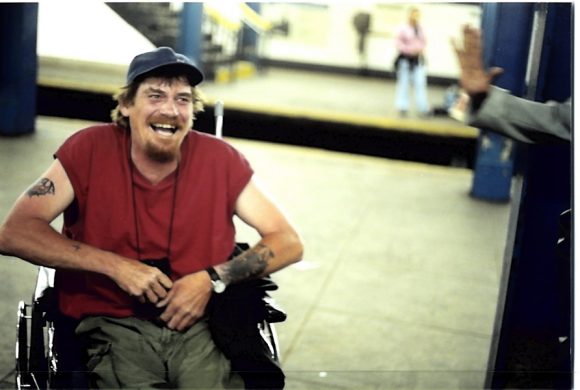 On December 21st, the longest night of the year, Picture the Homeless holds a memorial service for all the homeless folks we’ve lost, many of whom never had the benefit of a funeral or service.

This year, we have a lot to mourn – locally, and nationally.

Red was a PTH member with an exuberant, larger-than-life personality, who had lived for decades on the street. Earlier this year he had a medical crisis. Paramedics checked him out, said he was fine, and left him on the sidewalk – where he passed away two hours later.

On December 21st, we’ll celebrate Red, and all the other people who died while homeless in 2016. And we’ll re-commit ourselves to the fight against the shame and stigma and hate that are killing homeless people. We’d love it if you could join us.

Hate crimes are on the rise nationwide, thanks to a vicious presidential campaign that emboldened racists and misogynists and xenophobes, and homeless people are not immune. A week before the election, members of Picture the Homeless who were sleeping on the street got assaulted with baseball bats and urine-filled condoms, but when they called the cops they were the ones who got ticketed or arrested. 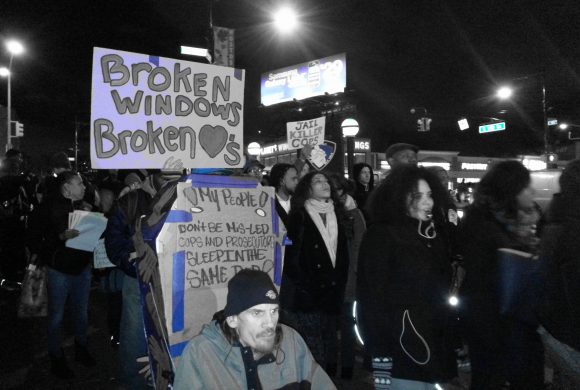 Mayor de Blasio talks about standing up to Trump’s agenda of hate, but his NYPD continues to brutalize and harass and fail to protect New Yorkers without homes, and he continues to ignore the common-sense cost-effective housing solutions that homeless people have developed.

People are dying. Real people we know and love, like Red. With the election of a president who has declared war on so many of the communities and values we cherish, we know that the fight is about to get a whole lot harder.

We hope you can join us for our Homeless Memorial Service, at Judson Memorial Church at 6PM on December 21st. It’s a potluck, so bring some food to share if you’re able. We will celebrate the people we have lost, and we will come together in community to prepare for the difficult times ahead.