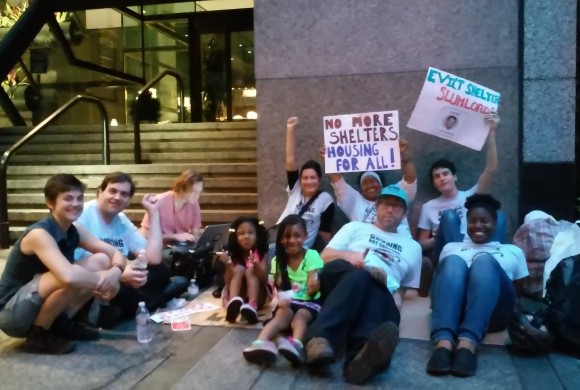 New York, NY. —Homeless people and their allies will hold a “sleep out” protest outside the $5 million condo home of Stuart Podolsky, one of the city’s most notorious slumlords, who houses homeless shelter residents in conditions that the NYC Department of Investigation called “unacceptable… filthy, badly maintained and with garbage in the common areas.”

“His neighbors need to know they live next to a slumlord,” said Charmel Lucas, a homeless woman who helped organize the protest—and who lives in a Podolsky-owned shelter in Manhattan. “He’s getting rich off other people’s pain.”

Stuart Podolsky made an estimated $90 million a year in shelter contracts from the New York City Department of Homeless Services between 2010 and 2014. These same buildings have over 1,400 housing code violations, including many life-threatening conditions. Last year a four-year-old child died in one of his buildings, possibly from eating rat poison left in a stairwell.

“We’re protesting because Mr. Podolsky is putting rent-stabilized low-income tenants out of their apartments so he can get three times as much money for people that are in the shelter system,” said PTH member Mae Birch. “People need to know about these slumlords. The city needs to stop doing business with slumlords.”

While the Department of Investigation demanded that the city’s Department of Homeless Services (DHS) act to improve conditions, little has changed. In 1984 Stuart Podolsky pleaded guilty to felony charges in relation to a scheme to roust rent-controlled tenants from one of their properties. Protesters are demanding that the city break its contracts with slumlord “cluster site” shelter operators, hold Stuart Podolsky accountable for endangering the lives of thousands, and develop real housing policies for homeless people. 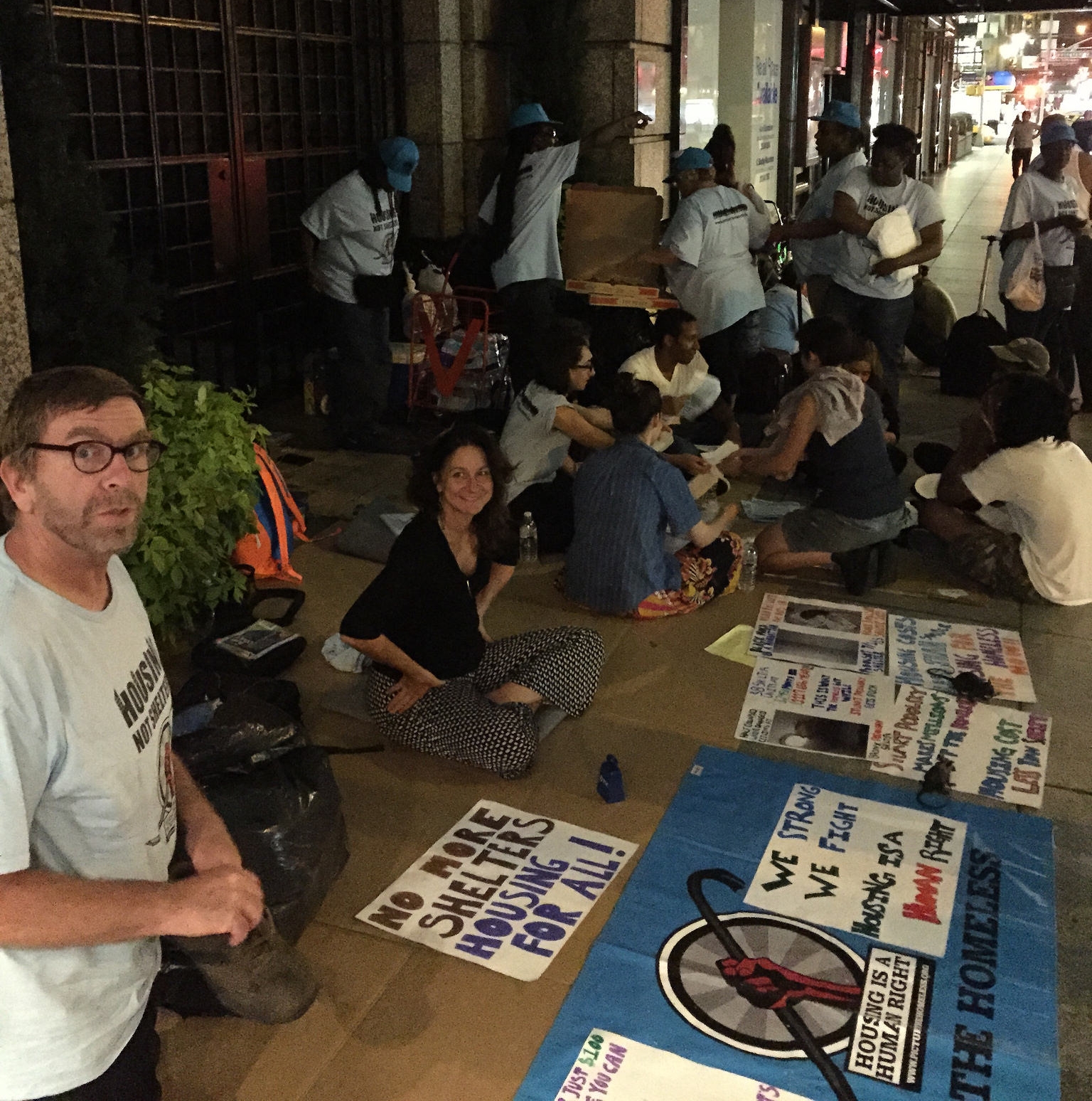