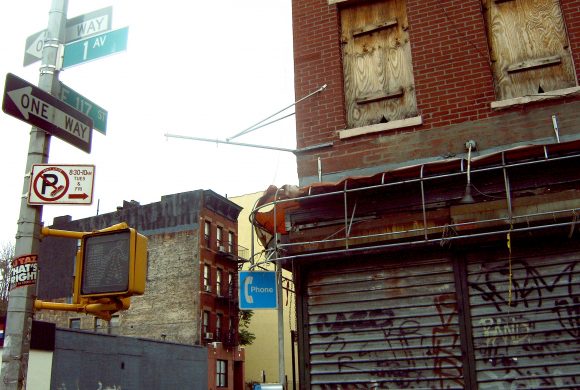 Latest news from the Department of Oh Hell No:

House Bill #482, just introduced into Congress, is an attempt by Republicans to dismantle President Obama’s efforts to challenge structural racism in the housing market. This bill seeks to undo all the steps taken by the Obama administration to combat racial segregation through a program called Affirmatively Furthering Fair Housing. #482 would end the program itself, and  dismantle the data that justified it and helped cities to implement it.

The bill even says that “no Federal funds may be used to design, build, maintain, utilize, or provide access to a Federal database of geospatial information on community racial disparities or disparities in access to affordable housing.” In other words, the federal government will pretend that racism in the housing market doesn’t exist.

The bill hasn’t passed. It might not pass at all. But it’s dangerous. This is a gag order, part of a concerted effort by the far right to block any policies that might dismantle white supremacy and anti-Blackness.

“The only way to solve a problem is to know exactly what you’re dealing with. We’re facing a housing crisis, nationwide, and we need as much information as possible if we’re going to fix it. Like with the administration’s efforts to stop federal employees from talking about climate change, this gag order will only make it harder to fix our problems. You can’t understand housing in America without taking race into account. The numbers tell it all – 96% of homeless families in NYC shelters are Black and/or Latino! Trump got his start as a slumlord, and by denying apartments to people of color in his luxury buildings, and this is a bill that will help slumlords.”

If and when this bill ever moves forward, we’ll be fighting like hell against it. So stay tuned.