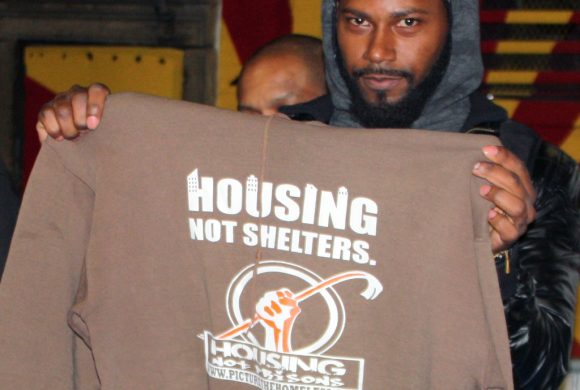 In 2016, the Dept of Corrections outlawed hoodies in all NYS prisons. Every incarcerated person in the system was required to turn them in. Most of these hoodies had been bought with the hard-earned money of people on the inside, working for pennies per hour, or were gifts from their loved ones.

That meant that thousands of hoodies were going into the trash. Robert, who has been incarcerated for thirty years and is now at Sing Sing, started thinking about how something positive could come from this. He got in touch with Picture the Homeless through Felice Gelman, a mutual friend, to donate the hoodies to homeless folks who were out in the cold – but fighting back against the police state.

Picture the Homeless is proud to stand in solidarity with our brothers and sisters who are behind bars.  We loudly say Housing Not Prisons, Housing Not Shelters! We worked with Donald Anthonyson to print solidarity messages on the hoodies and organized HOODSTOCK with Not4Prophet at 125th and Park Ave in East Harlem. This area has been one of many epicenters of police abuse and harassment of homeless people – many of whom are lifelong Harlem residents, displaced by skyrocketing rents.

We want to break the cycle of criminalization, racism, prison, shelters and displacement. From Sing Sing to 125th St, we are bringing our communities together to deliver hoodies, solidarity, love and justice. 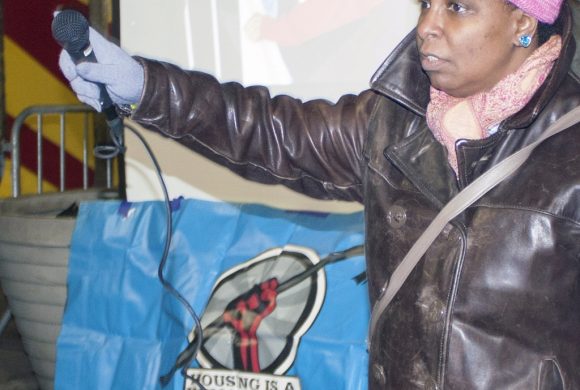 HOODSTOCK was a huge success. Not only did we give away hundreds of sweatshirts to folks who really needed them, we had incredible live poetry and music from Zero Prophet aka Not4Prophet, Marcus “the Homeless Poet” Moore, Marina Ortiz, Ras Moshe Burnette.

For the full set of photos from that night, click here.

PTH was proud to partner with Sing Sing prisoners to distribute these hoodies as an act of solidarity and shared struggle. Because the issues of homelessness and mass incarceration are deeply connected. Both are products of a racist, punitive society that punishes people for being poor. Both are far more likely to impact African-American men than anyone else.

The weather is getting colder. The police are still vamping on homeless people. The Mayor still refuses to stop investing in shelters and start creating the large-scale housing that is needed if we’re ever going to do anything about the crisis of homelessness and displacement.

But there is good news. People are fighting back. Together. 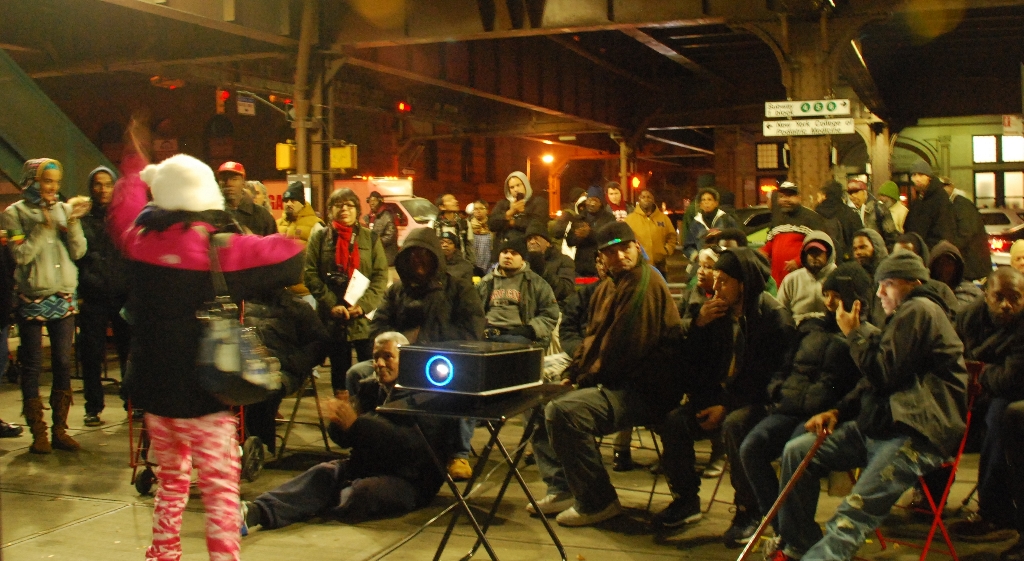 photos on this page by Marina J. Ortiz & Raquel Namuche