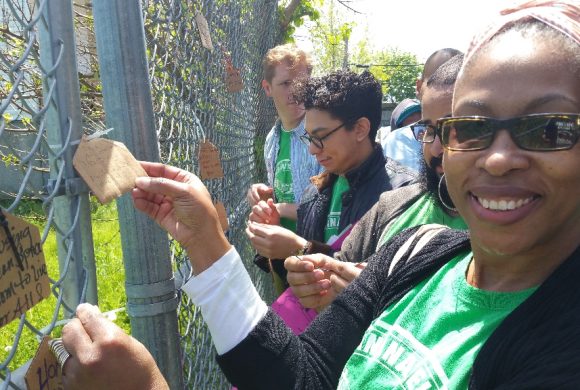 Today, Picture the Homeless and our allies at Banana Kelly Community Improvement Association, Mothers on the Move, and many more, gathered on the sidewalk outside of a city-owned lot that has been vacant since the 1980’s, to vision potential uses for the property and to call on policymakers to help.

“The city could create homes for 225 families, if they built on this land,” said Jose Rodriguez of Picture the Homeless. “Instead, they’ve kept it vacant since the 1980’s. That’s unacceptable.”

According to one neighborhood resident “Right now, this lot belongs to the raccoons. But it should belong to us.”

Click here for hi-res photos, free to use; credit: © Picture the Homeless.

“This community has vision,” said Marcus Moore. “Our people know what we need. We must continue to spotlight vacant property that the city and private landlords are warehousing. It’s a new day. Time’s up. No more warehousing.”

Across the street from the vacant lot is a city-funded shelter.

“I have a housing voucher,” said one of the shelter residents, who came out to join the protest. “But I’m still stuck here, because there aren’t enough apartments. Meanwhile the city is wasting all this money on being in the shelter, and keeping all this property empty?” 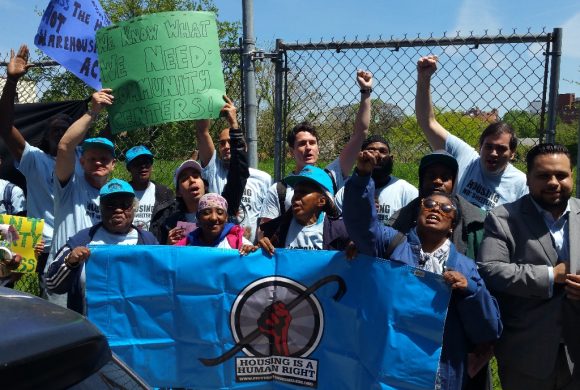 Advocates are fighting for passage of the Housing Not Warehousing Act, an omnibus bill currently before the City Council that would empower the city to finally quantify vacant buildings and lots throughout the five boroughs, and to identify solutions.

“New York City is in the middle of a housing crisis, and we must use every resource available to create and preserve housing, particularly for extremely low income households,” said NYC Public Advocate Letitia James. “That means identifying where our vacant lots and properties are, who owns them, and creating pathways for these vacancies to become affordable housing. The Housing Not Warehousing Act will help identify and track vacant property, as well as hold vacant property owners accountable. With so many New Yorkers sleeping in shelters every night, we must take every step possible to develop desperately needed affordable housing.”

“I have lived in the Bronx for over 40 years and I know what it’s like from experience to be displaced and become homeless,” said Wanda Swinney, resident leader and board member of the Banana Kelly Community Improvement Association. “It is unacceptable that we have vacant lots that could be used to build permanent and deeply affordable housing sitting unused for decades while families are forced to sleep on the streets and in shelters. We need to do better as a city. Passing the Housing Not Warehousing Act is a simple way to hold our City accountable so that we are using all our resources to tackle the housing and homelessness crisis.”

“Community residents know better than anyone what their neighborhoods need,” said Council Member Jumaane D. Williams, Chair of the Committee on Housing and Buildings. “Housing, parks, libraries, gardens, schools – vacant lots like this one could help address so many problems, but right now there’s no way of getting a handle on how much of it is out there. As this City suffers from a housing crisis, it’s vital we know how many vacant properties the City has so we can make informed decisions about affordable housing options. As a sponsor of the Housing Not Warehousing Act, I look forward to working with my colleagues in government on getting some traction on this issue and the bill.”

“We need housing for the very low income people in this City, and there are all these vacant lots around that can be used,” said Althea York, of Picture the Homeless. “The City has been sitting on that lot for 40 years – that’s a shame. When the Housing Not Warehousing Act is passed, we will know the set amount of vacant property available so that we know how many people can be housed.” 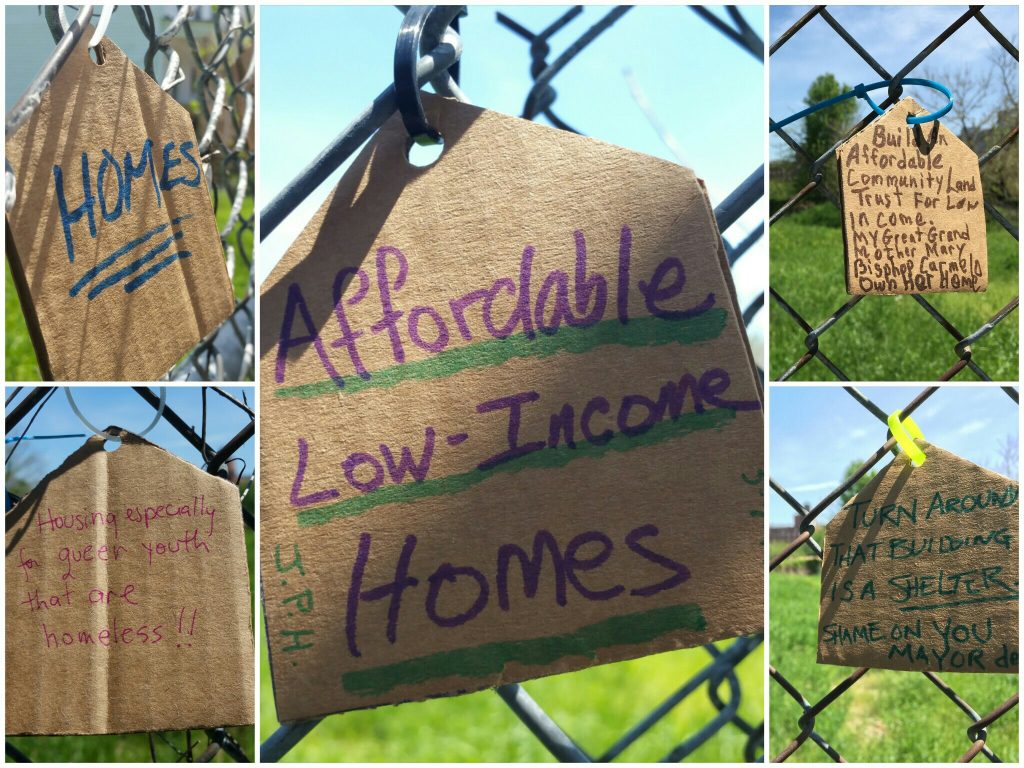