Dear Friends and Family of Picture the Homeless,

Thank you to everyone who participated in last week’s Twitter rally in support of the Housing Not Warehousing Act! We got the hashtag trending – no small feat when we’re talking about municipal legislation aimed at alleviating homelessness!

As promised, we’re holding a second Twitter rally TOMORROW, at 11AM. Can you help us?

Our members have worked hard for almost a decade and a half to shine a light on property warehousing, and we’re ecstatic to see so many people joining in the struggle. With the sponsors of our Housing Not Warehousing Act committed to pass these City Council bills by the end of the year, and the Mayor voicing his support for the issue at a recent town hall meeting! [click for video], this is the moment to really hammer the point home.

Tweet as many times as you’re able, using either our sample tweets or your own awesome perspectives.

Sample tweets and graphics and other materials are below.

See you on Twitter on Thursday, November 16th, at 11AM!! And thanks – your support means so much to us.

AND THESE SAMPLE TWEETS:

“We do not want to see buildings warehoused at all” [email protected] Thank u! Looking forward to #HousingNotWarehousing passing by 11/30!! https://youtu.be/QZ2iwJas62k

We don’t know how much vacant property is in NYC. The #HousingNotWarehousing Act would change all that.  https://pubadvocate.nyc.gov/news/articles/pa-james-visits-vacant-property-build-support-housing-not-warehousing-act 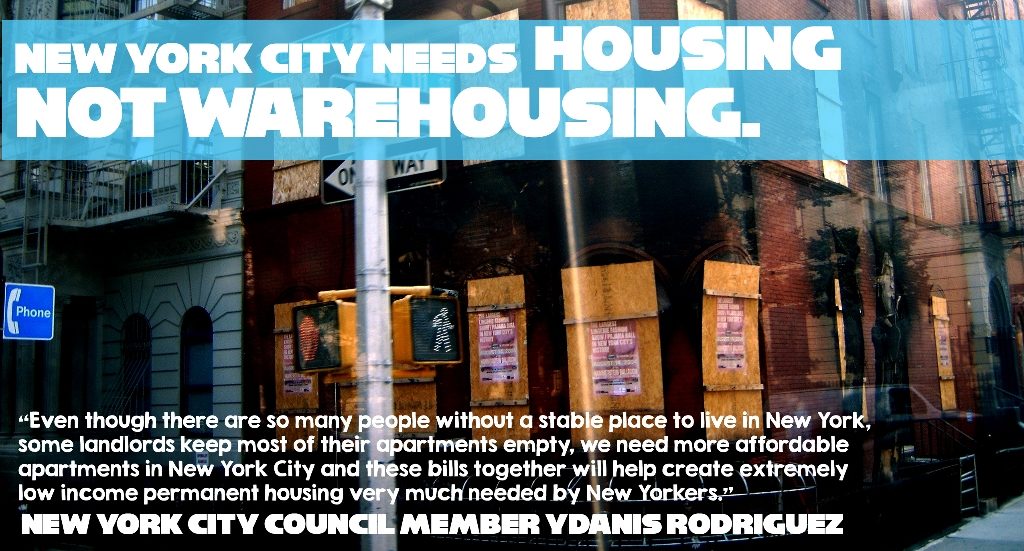 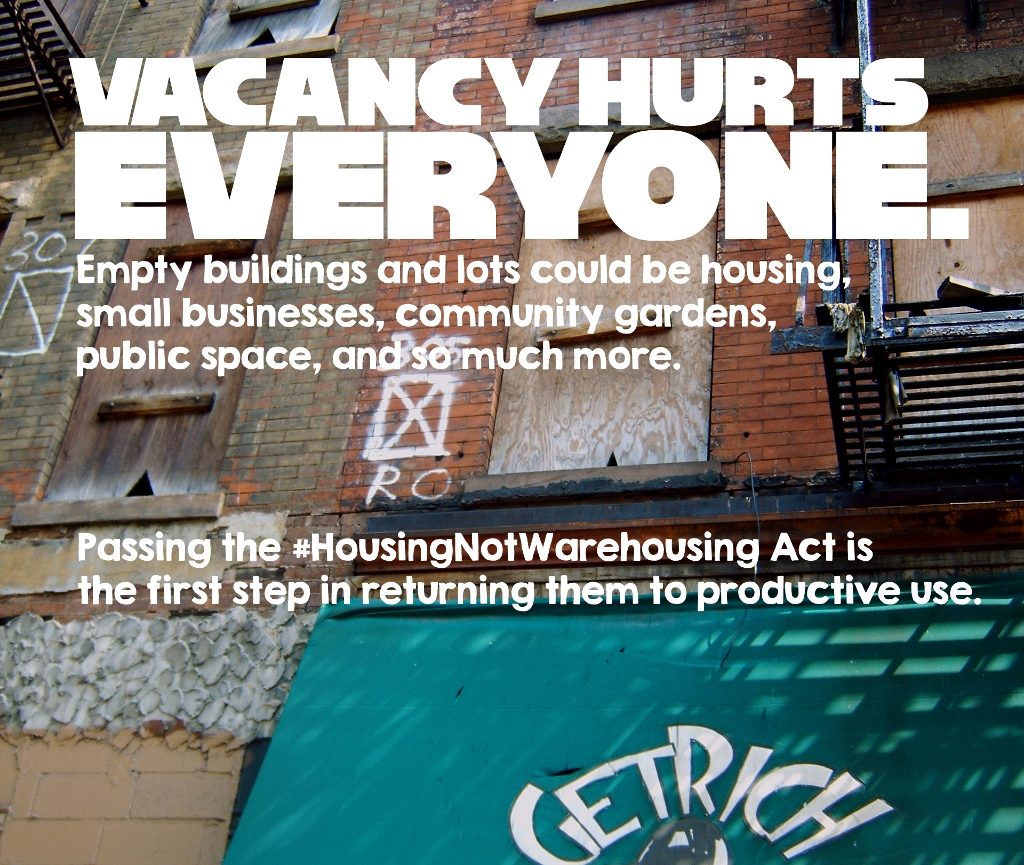 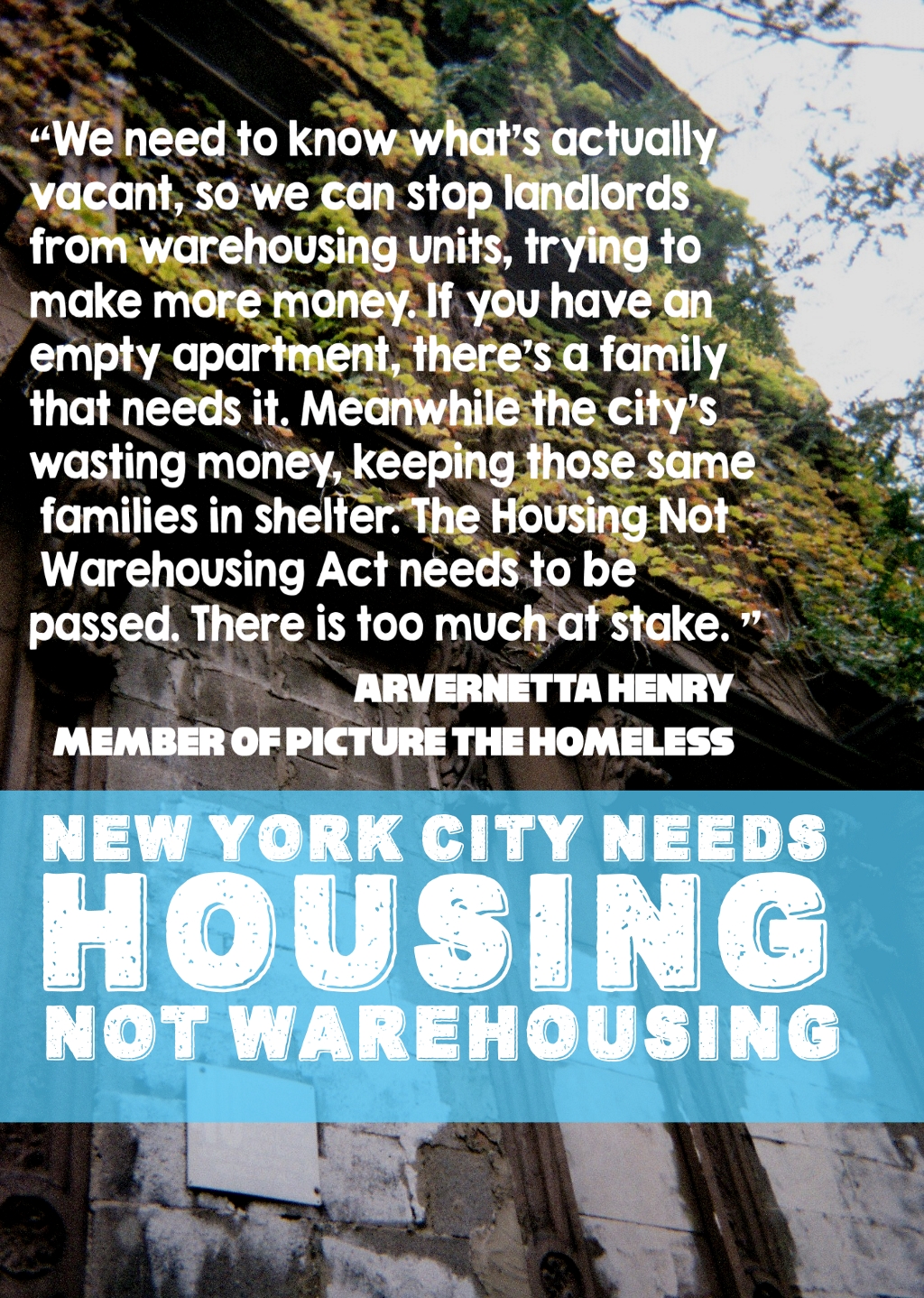 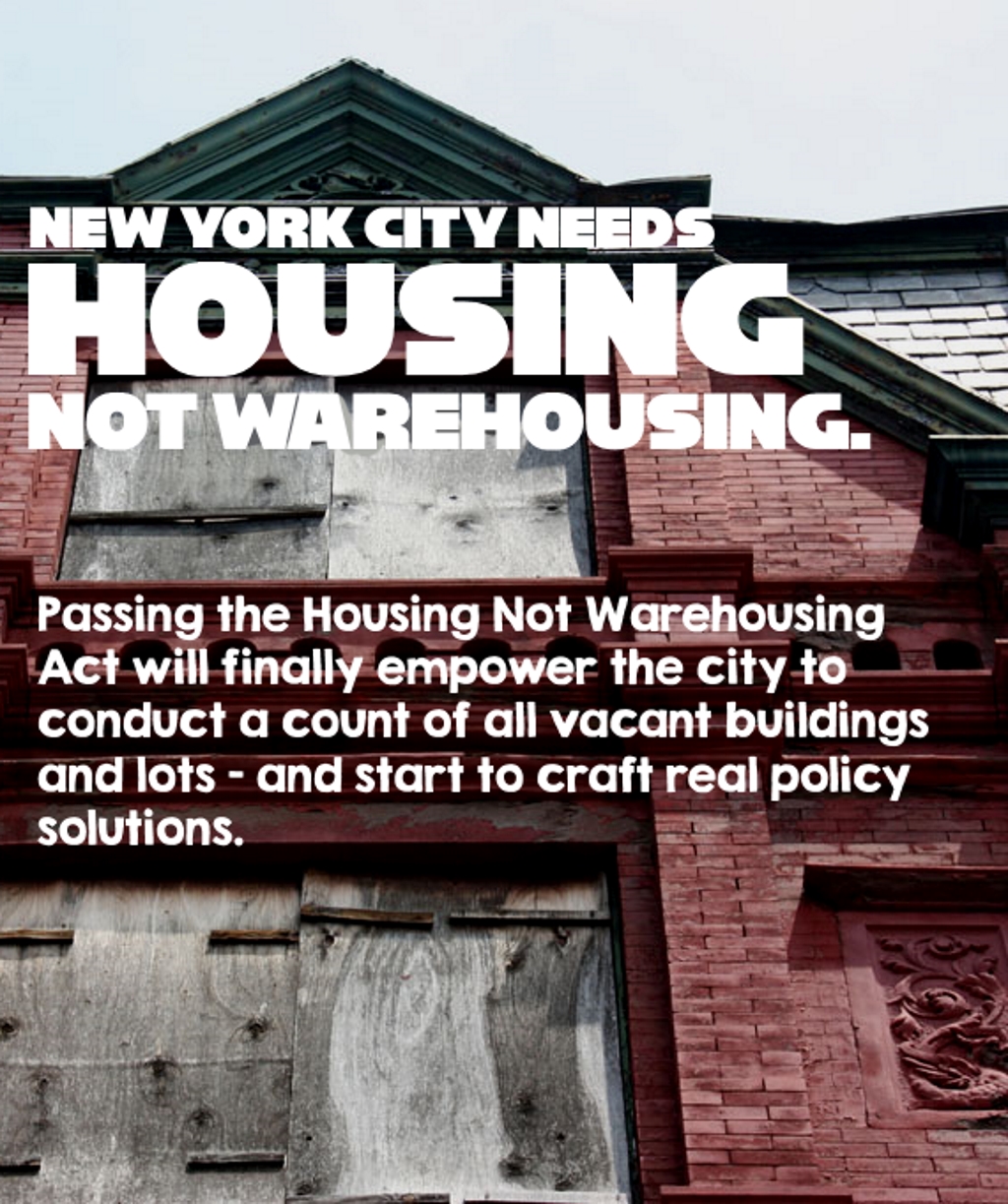 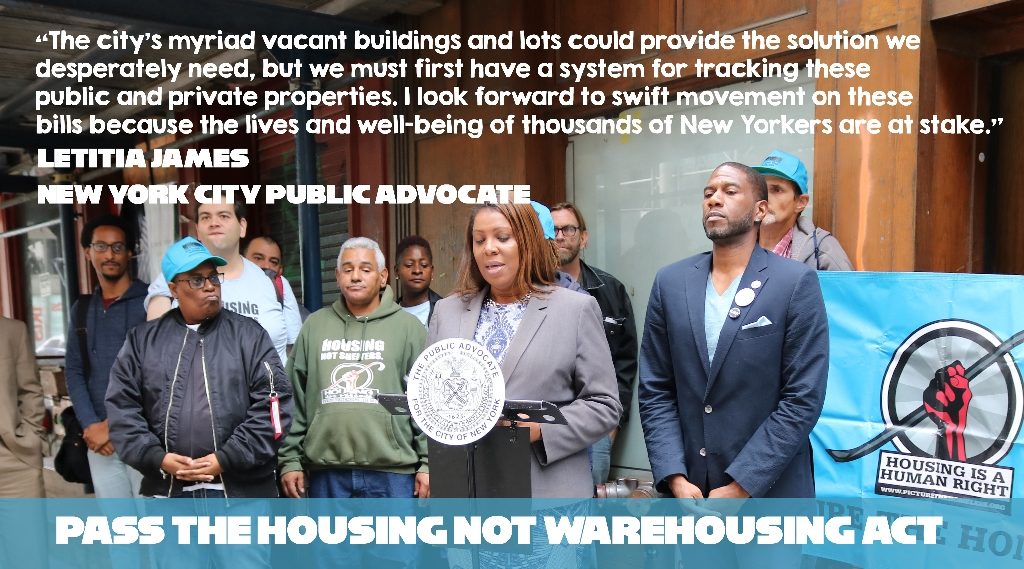 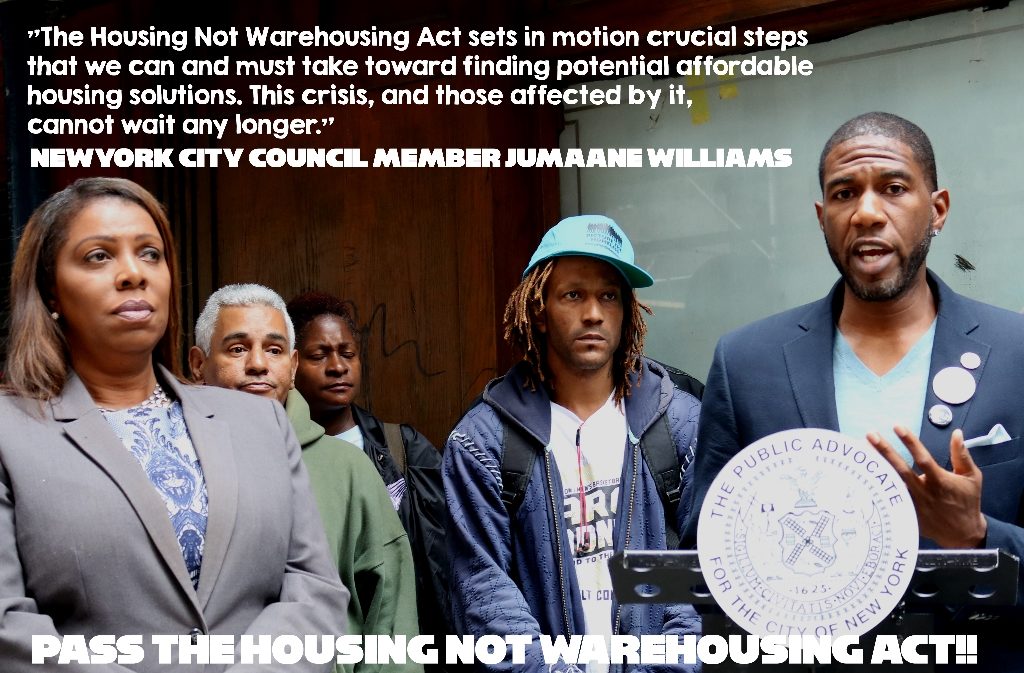