Today, Mayor de Blasio unveiled a long-anticipated “plan” to deal with homelessness, which calls for the opening of ninety more shelters and pushes back the timeline on phasing out the cluster site program by several years. This came after weeks of requests by Picture the Homeless members for a meeting in the hopes of influencing the plan, and a promise that the Mayor made on the air when confronted by a caller during the Brian Lehrer Show (“I’ll make sure members of my team meet with you and that everything you’re putting forward gets to me“). City Hall contacted Picture the Homeless hours before the event, to solicit the organization’s support for the Mayor’s plan.

“Homeless people need housing, not shelters,” said Jose Rodriguez, a member of Picture the Homeless. “And it costs a lot less to house someone than to shelter them. Literally no one is asking for more shelters. Homeless people don’t want to be warehoused in these demoralizing institutions that break up communities and families. Neighborhoods all over the city are opposed. And taxpayers don’t want their money wasted. Bill de Blasio can’t keep letting the real estate lobby set his agenda. He needs to create real housing for the poorest New Yorkers, not bogus so-called affordable housing that doesn’t benefit the people who need it most. He needs to give vacant city-owned property to community land trusts, so neighborhoods can keep people from being displaced and welcome back the people who’ve already been pushed out. That’s the plan we want to see.” 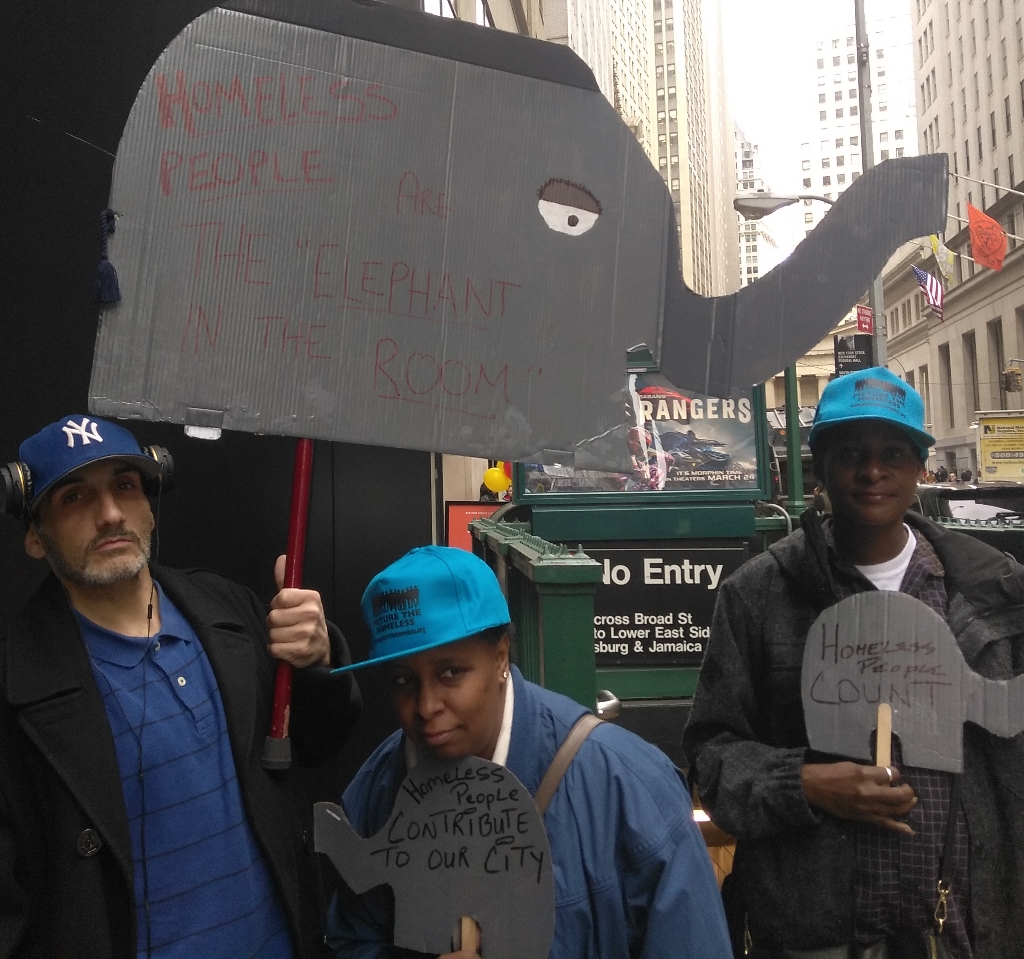 PTH Director Mo George is One of the #Brooklyn100!Confronting the Mayor on the Radio