Testimony to the Committee on Housing and Buildings

To be entered into the public record

My name is Jose Rodriguez and I’m a proud member of Picture the Homeless and Banana Kelly Resident’s Council. While the city’s homeless population continues to rise, there is a visible increase of new buildings being built for people of means throughout the city. But that isn’t where the need is. The city needs more housing for people well below 30% of area median income (AMI). The City is building for those who have more housing opportunities than people with less opportunity. The City’s poorest of the poor, with AMI under 30%, have no access to these apartment units. Most of the units are for people with 50% AMI and higher. Vouchers have had some success however the issue remains the same. The need for truly low income housing still exists. 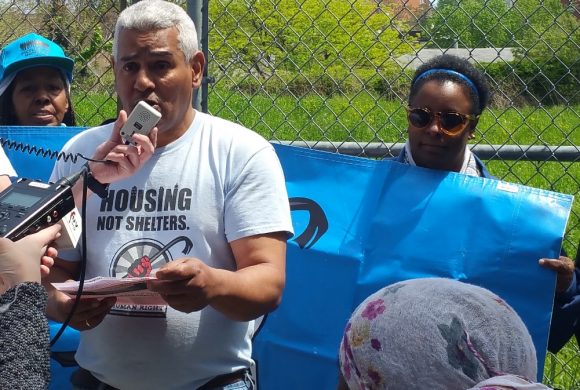 Existing term sheets don’t include anyone who is falling through the cracks of the Mayor’s Housing Plan. The lowest incomes are not even on the radar of the City. And many homeless people do not qualify for senior, substance abuse, veterans, or supportive housing, which makes up the majority of units built for households below 30% AMI since 2014. The city continues to build housing that doesn’t address the need of the city’s poor. The city is spending so much money on new shelters, and not spending enough money on making housing more affordable to extremely low income households.

Experts say that it costs an extra $40-45,000 dollars of additional money to reduce the AMI by 10%, or to get housing at the affordability we need. This is the same amount that it costs the city to house a homeless family with children for one year. I would prefer that DHS and HPD utilize money accumulated by city tax payers to invest in truly low income affordable housing instead of warehousing human beings for years in demoralizing conditions not giving neighborhoods at times say in where the next shelter is going to be.

It is important that the city create housing for people with extremely low incomes because all people deserve a roof over their heads no matter the income they generate to the state. Not only does providing housing (not shelters) cost less, it is the right thing to do morally. People in shelters are unable to achieve their dreams and desires that most of us take for granted due to the inhumanity of the system. When I was in the shelter, I felt fearful that I wouldn’t be helped because I didn’t have any ‘special needs’ despite all my medical issues.  I was always on guard and it was debilitating.

Having housing makes you feel confident, and allows one to pursue the things in life that make all New Yorkers unique. There is a real feeling of being humiliated due to being stigmatized or even criminalized due to one’s past in the shelter system. I am asking the council to use the powers they have to help the tens of thousands of truly low income New Yorkers that are in shelters, on the street, living in there cares, or on the verge of losing their homes and community ties and gentrifying communities affecting everyone in them. P.T.H. is asking HPD/DHS to use this money and the buildings being built to house the people who are homeless. New York City has the highest rate of homelessness in the country. I always hear that New York is a sanctuary city. If this is the case I am asking the council, HPD and HUD to provide sanctuary to the thousands of truly low income and minimum-wage-earning new Yorkers – in the form of a home.

Testimony to the Committee on Housing and Buildings

To be entered into the public record

My name is Cecelia Grant and I represent Picture the Homeless.  I have been homeless since February of 2014, when I returned to New York. I entered the shelter system for the first time, and I knew nothing about the system which I believed initially was supposed to help me find housing. Instead it’s an agency that doesn’t help people but instead causes more problems. It’s unsafe, unhealthy, and I’ve had numerous traumatic experiences with my life being endangered, with staff members that are really there for a 9-5 job, and whose concern is just that you sign their forms. 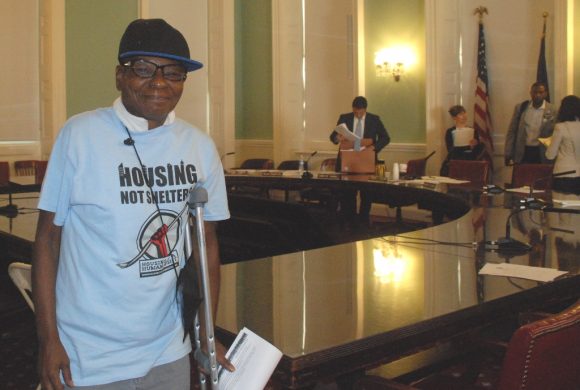 After being jumped in Spring 2016, I decided that I would be safer in the streets, and then after coming across PTH, I began to research the numbers regarding people and money in the shelter system. For example, when I was in the shelter, the city and agencies paid $3,000 a month for a bed I could not sleep in. I was issued a voucher that no broker or landlord would want. And I’ve only had one experience with a housing specialist, in which she told me that I was not sick enough for her to assist me in finding housing.

After I learned about the waste of money that does nothing to enrich the quality of life that I am accustomed to living before becoming homeless, it’s a crime. I walk the streets and see vacant lots that have been counted by Picture the Homeless. There are so many vacant lands where you can house the ever growing 88+ thousand homeless people. In addition it could prevent displacement of possibly 40,000 people that are not homeless yet but are very close to losing their housing, due to rising rents, overcrowding, lack of stable employment, and harassment in public housing.  If we did this, there would be no homeless problem—and it can be done economically.

Right now, there is only $1.09 billion dollars going into the capital budget for housing this year, meanwhile there’s over $1.6 billion—a nearly $600 million dollar difference—going towards operating DHS. Roughly half of that funding comes from the city tax levy, meaning that it can be committed to other uses.

Additionally, the executive budget adds $300 million dollars—$125 million of which is not yet allocated—for the upgrading of shelters, and potentially to create the 90 new shelters proposed by Mayor de Blasio. This is not in the best interest of human beings in need of security and safety for the sake of their children, elders, and all New Yorkers.  That money could go much further towards ensuring a community of security, bringing families back together in a safe, healthy, community where people can put their lives back together.

I urge the council to look at ways to create quality of life for all, and stop selling the city out. These funds should be diverted from the decrepit DHS system that uses money to keep human beings in psychological despair. That money should go into permanent low income housing for all those who need it, regardless of your income. Stop putting more and more money into a system that does not work and is a disgrace and a crime.