Photos from today’s #FreeToPee press conference are below; VIDEO is available here. For interviews with participants, contact Sam – 646-314-6423/ [email protected]

Homeless people, elected officials, faith leaders, and other stakeholders gathered at Madison Square Park today to highlight the lack of access to safe, clean bathrooms that impact housed and homeless New Yorkers alike. The press conference took place beside an Automated Public Toilet (APT) situated in the park – one of twenty purchased by the city in 2006, of which only five were ever placed – and called on the city, DOT and community members to prioritize and expedite the process of siting, approving, and installing the remaining fifteen ATPs.

“I am proud to join Picture the Homeless, advocates, faith leaders and residents in calling on the City to site and place the fifteen automated public toilets (ATPs) currently in their possession,” said Council Member Antonio Reynoso. “New York City currently lacks adequate safe and clean public restrooms, posing a disservice and quality of life issue to all residents, especially the homeless. Our City has the ability to change this by siting the fifteen ATPs that are currently in their possession. I urge the de Blasio administration and the DOT to place higher priority on getting ATPs out of storage and into use. Furthermore, I will continue to advocate that residents, including those in my own district, remain open to housing these amenities within their communities.”

“The city spent taxpayer money on twenty automated public toilets, but fifteen of them have been sitting in a warehouse in Queens since 2006,” said “Unc” Bobbitt, a member of Picture the Homeless who is currently experiencing street homelessness. “They need to release those bathrooms. We have nowhere else to go. Restaurants won’t let us. Subway toilets are all closed. Everybody goes to the bathroom, so these automated public toilets will benefit everyone, not just homeless people.”

“Nobody should have to choose between a trip to the precinct and a trip to the hospital when they have to pee,” said Monique “Mo” George, executive director of Picture the Homeless. “In the time these APTs have been sitting in a warehouse, NYPD issued 300,000 public urination citations. Releasing these toilets will improve quality of life for all New Yorkers, and make the city cleaner and more humane.”

“In a city that prides itself on public access, public bathrooms are important for everyone – community members and tourists, alike, and I am proud to support Picture the Homeless’ #FreetoPee campaign,” said New York City Council Member and General Welfare Committee Chair, Stephen Levin. “More than 60,000 of our City’s residents sleep in shelters or on the street every night and we need to do more to connect people to basic necessities like clean showers and toilets. Not having access to a bathroom can cause health problems and has been shown to put people of color at greater legal risk. Everybody benefits from clean bathrooms.”

“There is nothing worse than having a full bladder and nowhere to relieve yourself. I ought to know – I was trapped on a R train for almost two hours, desperately trying to ignore the pressure of my bladder,” said Jennifer Tang, the inaugural winner of the Riders Alliance’s 2018 Worst Commute of the Week Competition. “Having access to a public bathroom so that you can relieve yourself before getting on a train is no longer an option, but a necessity, given that the horrendous subway delays, occurring at least once a day, show no sign of stopping soon.” 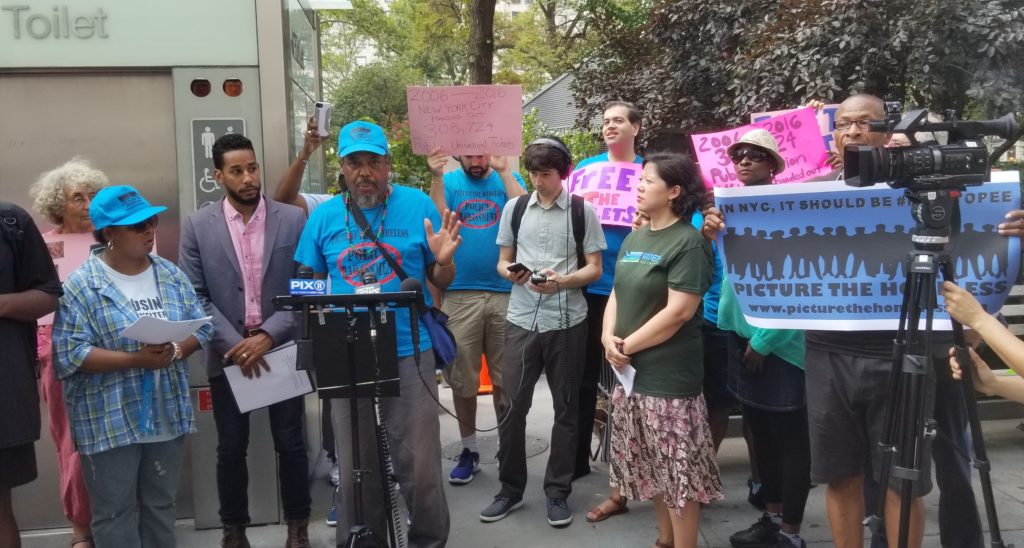 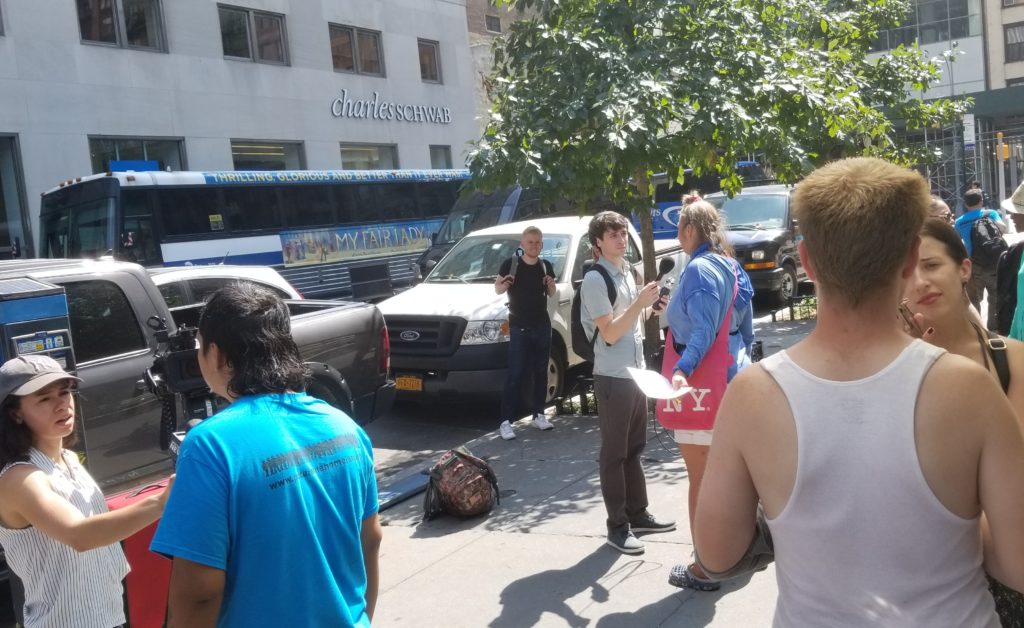 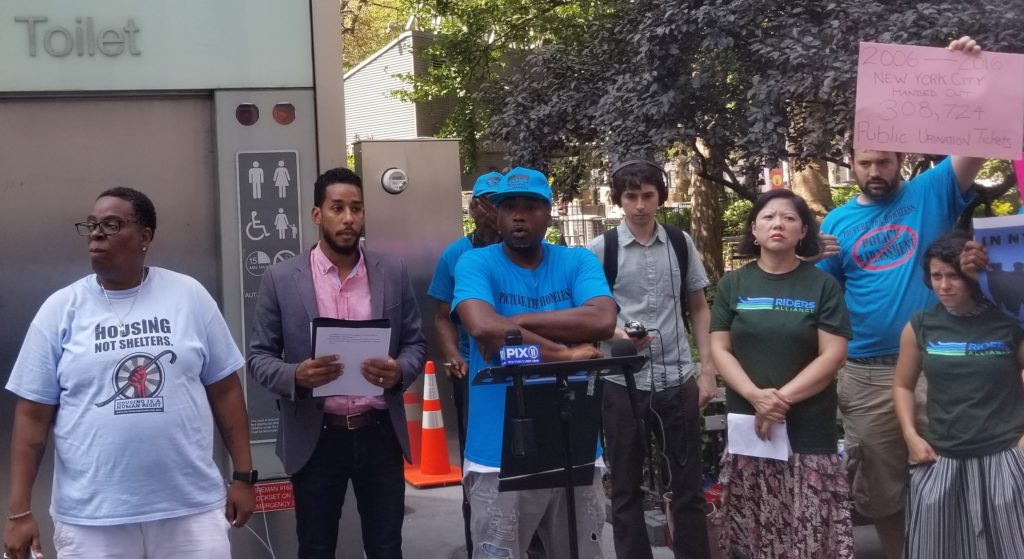 DanceGiving 2018!VICTORY: City Abandons Temporary Housing Vouchers… but our work’s not over yet