The Business of Homelessness: Financial & Human Costs of the Shelter-Industrial Complex

This is nothing new. In fact, way back in 2002, in one of the very first articles about our work, PTH co-founder Anthony Williams said “We have to ask ourselves, why isn’t homelessness being ended; why aren’t they developing affordable housing? So I started to follow the money. The answer is, we’ve become profitable. Every homeless person you see is worth big money. Once we give a provider our Social Security number, our Medicaid card, that’s money from the government. And I figured out that I am very valuable, but I didn’t realize it because I was so caught up in the system, just going from shelter to shelter.”

Fifteen years later, that’s still true – and the problem has gotten worse. So when our members heard that Mayor de Blasio was going to open NINETY NEW SHELTERS, we knew we needed to act.

That’s why we’ll be launching The Business of Homelessness, a participatory research project shaped by homeless New Yorkers – to expose the city’s shelter-industrial complex, and to shift the public policy conversation towards real housing solutions.“When I came across Picture the Homeless, I began to research the numbers regarding people and money in the shelter system,” says PTH member Cecelia Grant. “For example, when I was in the shelter, the city and agencies paid $3,000 a month for a bed I could not sleep in. It’s a crime.“Providing shelter to homeless New Yorkers is far more expensive than helping them access housing. Shelters do nothing to stabilize the families and communities being devastated by mass displacement and homelessness.

No one knows what’s wrong with the system more than the homeless people who live in it. The Business of Homelessness will highlight our research committee’s hard work – with insightful budget analysis, compelling anecdotes, powerful facts & figures, and more.

“The answer isn’t more shelters, or better shelters – it’s more housing,” said shelter resident and Picture The Homeless member Charmel Lucas. “Even the best ones are overcrowded and insufficiently staffed. Instead of putting all this energy and resources into making shelters better, they need to be dismantling the whole shelter system…. It’s a huge waste of money and it keeps people destabilized.”

Homeless people have real solutions. We’re not just complaining. The Business of Homelessness will highlight the common-sense, cost-effective policies that we’ve developed, to stop displacement and house the people who’ve already been pushed out by rising rents, and make sure that New York City continues to belong to all of us. 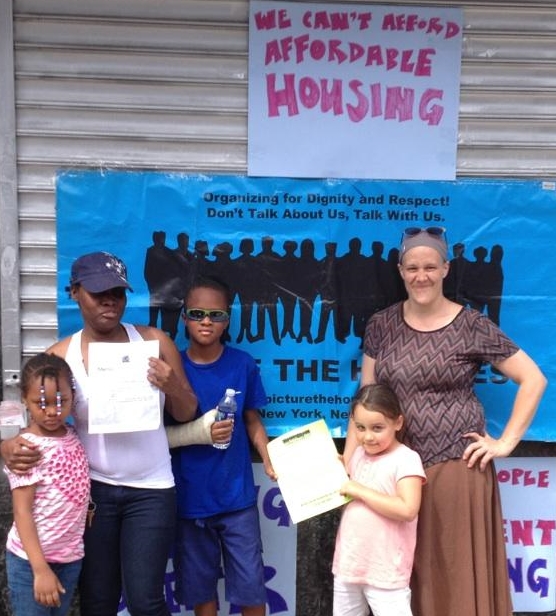 If you’re currently or formerly homeless and want to support this groundbreaking project, contact Ryan at Picture the Homeless: 646-314-6423 / [email protected]