Action will be first phase of new opposition to de Blasio, Bratton policy that criminalizes and evicts homeless from public spaces

WHAT: Holiday-themed press conference by homeless New Yorkers, advocates and supporters to announce plan for legal action against City’s unlawful treatment
WHEN: Monday, December 21 at 12 PM

WHY: Homeless New Yorkers have been targeted by the NYPD over the past several months on the streets of the city – they’ve faced orders to move from public spaces, despite not violating any laws, and had their personal property taken and discarded.

The de Blasio administration’s announcement of Home-STAT, in the midst of the holiday season, threatens to intensify this treatment of homeless New Yorkers. The mayor urging New Yorkers to identify homeless New Yorkers on the street and report it to 311 is not so different from the Sergeant’s Benevolent Association’s campaign that urged residents to take pictures of homeless people and send them to the city. The city effort’s reliance on NYPD officers for policing/enforcement approaches and the goal of moving people from public sight is misguided and will lead to criminalization without addressing the core issue of permanent, affordable housing.

For more information about our fight to make sure law enforcement respects the rights of homeless New Yorkers, click here.

This type of approach, seemingly championed by de Blasio and Bratton, is inconsistent with a White House taskforce on homelessness. TheUnited States Interagency Council on Homelessness recently noted that the “forced dispersal of people from encampment settings is not an appropriate solution or strategy, accomplishes nothing toward the goal of linking people to permanent housing opportunities, and can make it more difficult to provide such lasting solutions to people.” Federal guidelines for U.S. Department of Housing and Urban Development (HUD) funding also discourage distributing resources to municipalities engaged in the criminalization of homelessness. 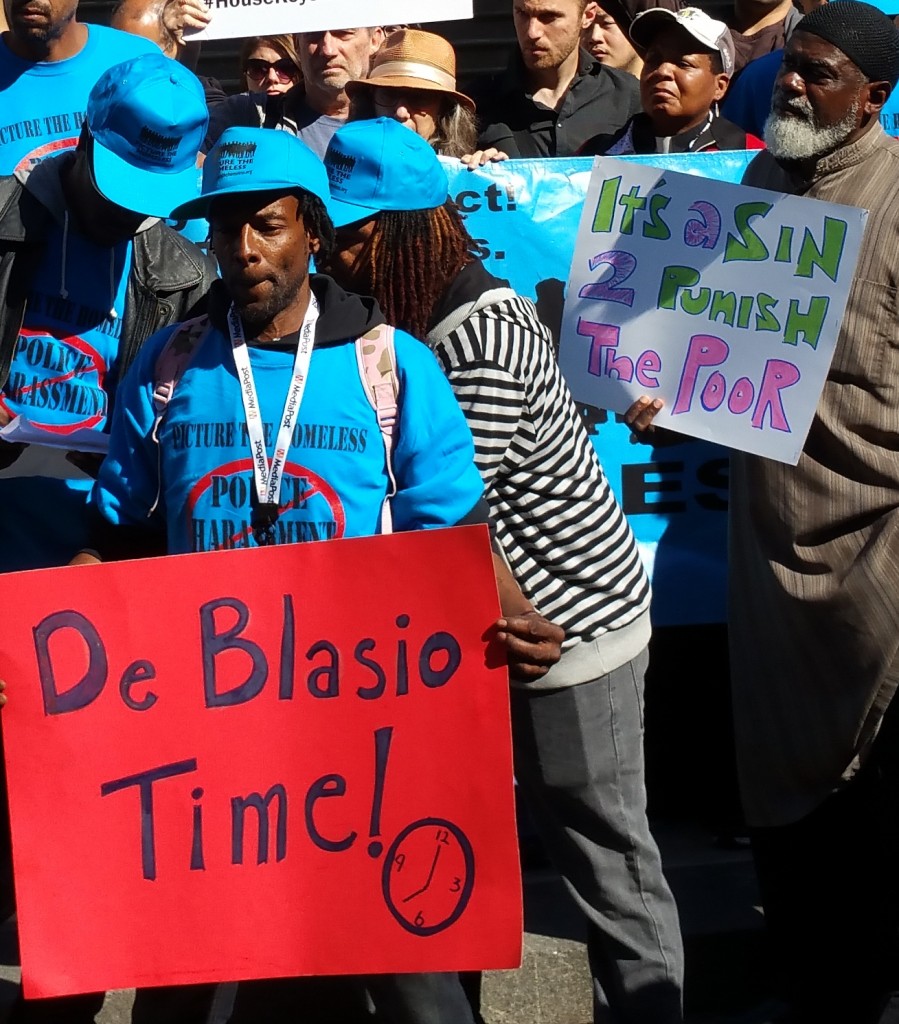