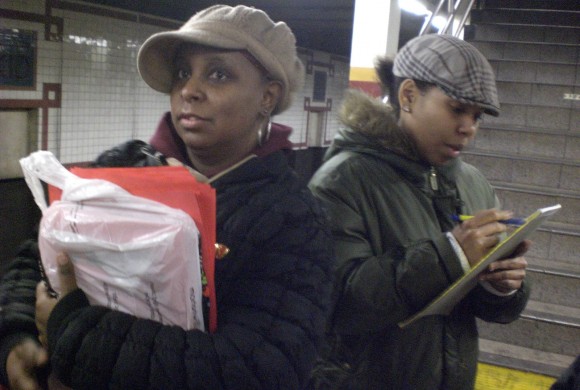 Picture the Homeless is a grassroots organization, founded and led by homeless people. We are organizing for social justice around issues like housing, police violence, and the shelter-industrial complex. Our name is about challenging images, stigma, media (mis) representation – as well as putting forward an alternative vision of community.

Our work is focused on Civil Rights, Housing, and Education & Training.

Led by homeless leaders who refuse to stay in shelter, our position is that if you lose your housing and chose to live in public spaces rather than go to shelter your constitutional and human rights should not be abused by the police! A key focus of our work right now is Communities United for Police Reform, the landmark citywide coalition we’re proud to be on the steering committee of, which successfully fought for passage of 2013’s Community Safety Act and is presently working to pass the Right to Know Act. We fight to end selective enforcement of Quality of Life regulations (we ask “Whose Quality of Life” is improved by moving homeless people from public spaces?)

It’s not a homeless crisis — it’s a housing crisis!  The city’s best hope for reducing and preventing homelessness is a commitment to addressing the skyrocketing rents and general housing shortage that plague New York. Yet at the same time as the homeless population continues to escalate, landlords and the city continue to keep buildings empty, and a billion-dollar-a-year “shelter industrial complex” has developed where homeless people are warehoused indefinitely, even though it is significantly less expensive to house people than provide shelter. In fact, the total volume of potential apartments in vacant buildings and lots in Manhattan alone could likely house all the homeless households in shelter!  Our Housing Not Warehousing campaign sees homelessness against the backdrop of this massive warehousing of otherwise habitable vacant spaces.  We have been pushing city legislation that would require the city to conduct an annual census of all vacant buildings and lots, so that this information is always readily available to the public. We’re also working to create a shelter-to-housing pilot project, to prove that creating housing for homeless people is more cost-effective and will help stabilize communities.

Picture the homeless offers education and training for employment and empowerment. 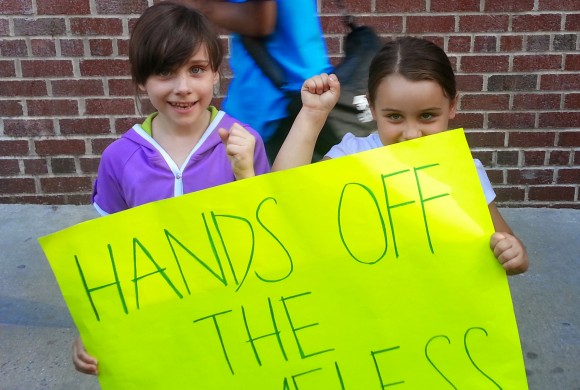