Living on the streets, homeless people are constantly the targets of illegal police activity. As we prepare to fight for the Right to Know Act, here are three stories from our members about the disparate impact caused on homeless people – and how City Council Intros 182A and 541 would change things.

It has been my personal experience that when members of our New York City Police Dept. accost a citizen on the streets of New York City without having to identify themselves, the potential for illegal unconstitutional behavior is increased due to the fact that all agents of the law enforcement community are fully aware that without the ability to identify an offending officer, any allegation rendered to our civilian complaint review board is rendered an “unsubstantiated complaint” and summarily dismissed.

Accordingly officers who have not identified themselves feel free to violate the constitutional rights of citizens under these circumstances. It is also my personal opinion that requiring documentation of a “consent to search” which is void under duress or coercion will reduce the element of official “perjured testimony” resulting in the admission into evidence of inadmissible contraband in order to secure an “illegally “obtained conviction.

It is my contention that the two proposals now before the city council are vital to maintaining our rule of law and to insure a positive level of integrity within our current New York City Criminal justice system.

I was sitting on the corner of Hancock and Malcolm X. I was throwing away a container into the garbage and three guys pulled up in a black car. They never told me who they were.  I was pushed to the ground. They took me to jail in handcuffs but never told me what I was being charged with. They took me to the 81st Precinct. I told them that I wanted to go to the hospital and I was told if I do go, I would be in the system longer. They told me to be quiet. They gave me two tickets, one for disorderly conduct and for an open container. I was never seen by the judge. The 81st precinct has as history of physical abuse. After three or four months I am just now able to use my hand. Picture the Homeless is assisting me with legal representation. I have documentation from the doctor and the tickets.

The summonses are illegible which is prolonging my legal remedies.

With the approval of Bill number 182A this type of behavior would stop the N.Y.P.D of this type of abusive behavior toward the citizens of New York.

My name is Michael Austin & I’d like to thank you for the opportunity to address you, I’m requesting and BEGGING YOU to pass The Right To Know Act specifically Intro(s) 182A & 541

In 2014 I had the misfortune of being stopped by a NYPD Patrol car, at which time the officers requested my I.D.  I complied with the officers request because the was no reason to do otherwise & when my I.D. was returned I had a summons with it for public intoxication & disorderly conduct.

What upset me was the name, address & d.o.b. & other vital information was incorrect, YET I still don’t know why I received the summons to begin with when I didn’t do anything, I was NOT drinking & had complied fully with the officers request.

To add insult to injury, I STILL DON’T KNOW WHO THE OFFICERS WHERE WHO ISSUED ME THE SUMMONS.

Thank You for your time 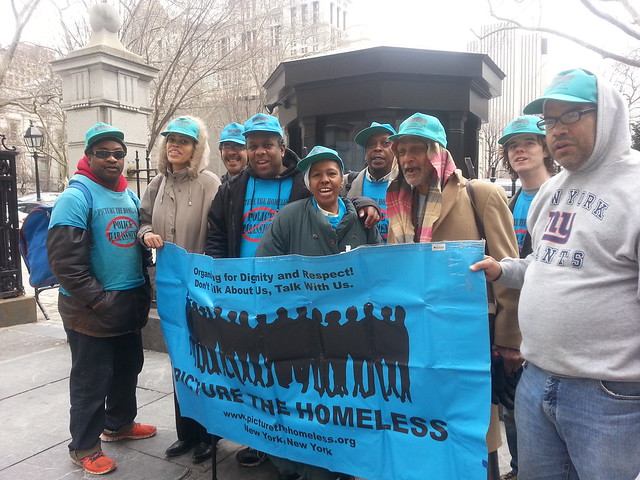 WE WIN A HUGE VICTORY Against Horrific Shelter Conditions!“They say gentrify, we say beautify” – Homeless People are Beautifying the Neighborhood